What Will the Legal Industry Look Like with Blockchain? 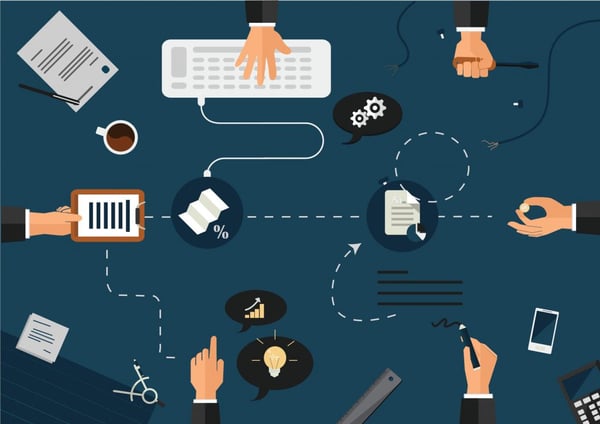 The Internet of information was the first generation of the digital revolution. The second generation will be powered by blockchain technology and bring us a new age: The Internet of value. This new digital landscape will completely reshape the way we interact and do business with one another.

Blockchain is a way to decentralize data. It is a global distributed ledger that runs on millions of devices (instead of centralized servers run by one governing party). This technology allows not just information to be moved, stored and managed securely and privately, but anything of value including money, titles, deeds, votes, and even identities.

This very public ledger maintains a collective history of ALL transactions that have ever occurred on the network. This makes fraud and hacking an impossibility. What’s more, the introduction of Etherium, which some have called a “decentralized virtual machine that can execute peer-to-peer contracts,” has given businesses and individuals more control.

There is no denying that blockchain technology is appealing to many because trust is established through mass collaboration and robust code, instead of a need to trust powerful intermediaries like banks and governments.

But how will blockchain affect the legal industry moving forward?

Protecting Your Clients from Disruption

I know what you may be thinking, “Will blockchain technology and smart contracts do away with the need for lawyers altogether?” While this technology has certainly added fodder to the already many ubiquitous lawyer jokes, the truth is, that scenario is highly unlikely.

Smart contract creator, Nick Szabo, has had this to say about the need for lawyers, "Lawyers worried about losing their jobs to robots, you're actually doing something that's mostly complimentary to a smart contract. Smart contracts are mostly making possible new things that haven’t been done before."

In the immediate future, lawyers will be very busy helping clients deal with the impact of blockchain on their own business. This new technology will disrupt numerous industries that rely heavily on lawyers’ advice, creating even more opportunities for teams to counsel and manage new regulatory and legal structures.

Here are just a few examples of how blockchain will impact other industries:

Thanks to fintech, the financial industry is facing immense disruption. Dozens of blockchain-based fintech startups are beginning to offer a range of products and services that leverage the power of blockchain to take the friction out of everything from settling securities to supply chain management.

The energy industry is highly-regulated, which explains why it is currently being disrupted by blockchain technology. Transactive Grid is one piece of technology that created a peer-to-peer market for the buying and selling of energy. Other startups such as SolarCoin and Grid Singularity are also shaking up the landscape, and disrupting the current regulatory structure.

Because of its ability to reduce costs, increase speed and security while reducing fraud and risk, blockchain is perfectly poised to help the healthcare industry do a better job of managing patient medical data. Blockchain startups such as MedRec, Gem and Hashed Health are applying this new technology to various use cases including EMRs, wellness apps, global patient ID software, and medical inventory management.

These are just a few of the industries who are already experiencing disruption. Others like music and real estate will soon follow. Lawyers who position themselves as blockchain experts will shape the future of industries and also be relied upon by other businesses for guidance and support.

Thanks to their immutable and autonomous nature, smart contracts are an enticing alternative to traditional legal contracts, and many legal teams have already begun to embrace them. In the summer of 2017, a group of law firms and legal teams joined the Ethereum Enterprise Alliance (EEA). One of the firms is Hogan Lovells, which happens to be the 14th largest law firm by revenue in the United States.

This is not insignificant. With such major law firms already signing on to blockchain and smart contracts, it signals a wider adoption to come. Beyond the EEA, Frost Brown Todd (FBT), a 500+ attorney law firm based in the US, announced their completion of a prototype smart contract to be used in software escrow agreements. Attorney Josh Rosenblatt, head of FBT’s Blockchain team, has stated that,

“For a lot of people in the industry, until you get your hands dirty, it’s hard to understand what the advantages and disadvantages really are.”

As blockchain technology matures, the legal industry will continue to be impacted. Those lawyers who start learning about blockchain and smart technology now, will be better able to serve their clients moving forward.