Beyond Force Majeure: Key Contract Terms in the Time of Covid-19 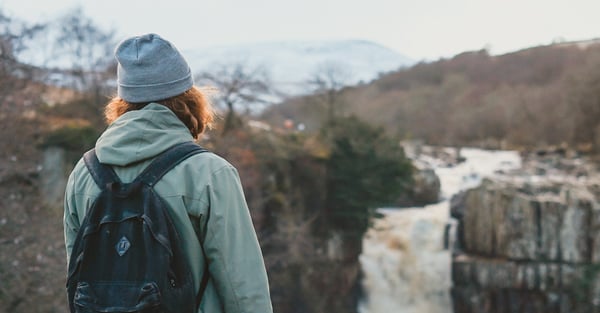 This is a guest post from Colin S. Levy, a thought leader in the legal technology space and a forward-thinking experienced corporate counsel. Colin has focused his career on the intersection of business, technology, and the practice of law at companies that range from startups to multinational corporations including Salary.com, Pearson, and Velcro.

Going Beyond Force Majeure: Key Contract Terms in the Time of Covid-19

Entering 2020, the economy in the US looked relatively strong and looked set to continue growing for much of the year. Yet, almost as soon as COVID-19 infiltrated the country and the decision was made to shut down many key pillars of the economy, forecasts shifted dramatically to that of a deep recession of unknown length. Accordingly, businesses that were relying on the economic growth forecast for 2020 had to now start preparing for a steep decline in business.

Contracts underlie nearly all transactions conducted among businesses. The terms within such documents are now being closely scrutinized in the context of terminating or modifying relationships, particularly with respect to payment terms and other financial obligations. I am not the first to write about this or notice this. Countless articles and webinars started appearing once the economic impact of this pandemic became clear.

Yet, I also noticed that most of this content is focused on one clause in contracts – Force Majeure. This clause has gained importance as it serves as a major way for one or more parties of an agreement to be excused from needing to perform their contractual obligations. However, there are also several other clauses which are now more important than ever. These contract elements can help or hurt companies’ flexibility regarding their obligations with other persons and organizations.

Having worked in-house for a number of companies large and small, and having focused my practice on commercial transactions, I’d like to offer some tips on how you can best work with your existing contractual relationships to best survive the current economic uncertainty. I'll start with Force Majeure and then move on to other contractual provisions.

Force Majeure is a clause contained within many contracts that lists out several types of events which would permit one or both parties to not have to do what they otherwise would be contractually obligated to do under the terms of the agreement. Some of these types of events include acts of terrorism, war, epidemics, government actions, and/or labor unrest or strikes. To determine whether or not a party can enforce this provision in the context of COVID-19, one needs to look at 1) whether the state whose laws govern the contract have anything to say about how that contract’s language is to be interpreted, though many tend to rely upon standard rules of contract interpretation and 2) what events are specifically listed given that such provisions tend to be interpreted narrowly. Arguably, regardless of whether or not a pandemic is defined within the Force Majeure provision, it could qualify as an Act of God, which is an event often listed as a Force Majeure event.

Keep in mind, however, that as a general matter most courts tend to interpret this provision narrowly and favor only allowing parties to be excused from their obligations if an event specifically listed in this section is the reason for the parties wanting to get out of the agreement. In addition, any language that tends to precede or follow the list of events courts view as narrowing the scope of the provision.

Here are some other key terms that you will want to carefully review:

Payment Term refers to when payments are due, e.g.  due immediately, due within 30 days of an invoice, due on a quarterly basis, etc. Many companies are now looking to negotiate extending this term to provide more time for themselves to establish better liquidity.

Given the pandemic, many parties will be open to renegotiating payment terms so long as you can provide evidence of financial difficulty, which many landlords will request in the case of a request for a rent abatement. In addition, rather than asking not to pay some or all monies due, ask to extend the period of time over which you need to pay. For example, I’ve negotiated for a payment term to be adjusted from Net 30 to Net 90 given the pandemic and also negotiated several lease payment abatements using financial data as evidence for why the abatement requests were both reasonable and necessary.

You will also want to look at whether there are penalties for late payments in the agreement. A company may charge interest for late payments or apply an automatic late fee, often some percentage of the payment due. You can always ask for this fee to be waived fee by referencing the pandemic, although that is entirely up to the discretion of the owed party.

With some services/products, especially cloud-based ones, you may be able to downgrade your level of service based on your needs. Often such services are priced based on the functionality you need and/or the number of users you have. In the event you have less employees needing to use the service, or need to use less functions than you originally intended, you can explore ways to downgrade and get a better price in exchange for doing so. I have negotiated plenty of these by simply stating either that 1) certain functions we don’t use anymore so it didn’t make sense for us to have to pay for them and in exchange we could extend the term of the agreement or 2) we laid some folks off and therefore shouldn’t have to pay for users we no longer have.

Another group of terms you may want to explore are the termination clauses. These clauses specifically address how and when you can terminate an agreement. The two most common avenues for termination are for cause and without cause.

One other group of terms I want to briefly mention are the terms which address disputes. Some key questions you will want to have definitive answers to include: 1) How are disputes resolved? Are any types of claims subject to arbitration or an alternative means of dispute resolution? 2) Who pays attorney’s fees?

In this time of uncertainty about so many aspects of our lives, it remains critical to seek certainty where you can. Contracting, thankfully, is one area where you can often find some certainty if you know where to look. As we move ever so slowly through this pandemic, there likely will be new risks that arise over time. These new risks could be to the financial stability of the vendors companies rely upon, the health of employees or loved ones, or the work that we will be asked to do.

While the contracts you have in place right now are as they are, it would behoove us all to draft future contracts with an eye not in the present alone, but on the future and the uncertainty that the future holds.